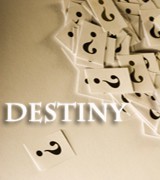 Any Card At Any Numb. er, and especially the version known as…

Any Card At Any Numb. er, and especially the version known as “The Berglas Effect”, has always fascinated me for its simplicity It is literally an unbelievable effect, still considered by some to be a myth or a legend, because:

Giving serious consideration to the conditions above, I have experimented with various solutions to the effect. When a stacked deck of cards is used, and the conjurer knows the position of each card (either through memorizing the deck or by utilizing a mathematic principle), if the Spectator “A” names a card and then Spectator “B” happens by pure chance to name the right number, the effect continues with no contact necessary between conjurer and cards. However, this is highly unlikely to happen in performance and certainly can ‘t be relied upon as a method. In other cases the conjurer could move the named card to the right position while taking the deck back into his hands, with the excuse to give it to the third person to begin the deal. This negates the fourth condition, above, unfortunately. In any event, by knowing the number and the card before the third person starts dealing the cards, the conjurer would have a wider range of possibilities available to find a solution. My goal was to make that effect more impossible to believe by giving the conjurer no freedom at all. The effect I’ve created is no longer an ACAAN, and instead has morphed into a type of Open Prediction (without the prediction being shown at the beginning).

Here are the final conditions for my new effect “Destiny”:

The conjurer removes a card from his wallet and puts it face down on the table without revealing its identity, claiming: “I have always wondered if everything is already written If there is such a thing as destiny, is there a way to proveits existence. ? Well, tonight I hope to leave you wondering. Is it luck or destiny? ”

He shows the deck of cards and turns to a spectator asking: “Please check these out – make sure they are just what they seem to be, and if you’d like, give them a little mix or shuffle.”

The spectator shuffles the cards.

The conjurer asks for the deck back: “Perfect, I’ll just remove the jokers and, as you can see, the pack is pretty well shuffled … yes?”

The conjurer shows the cards to the person who shuffled them, who agrees that they are well mixed.

The performer squares the deck and puts it back on the table, saying, “I need your cooperation now. Can you remember and think of one card in the deck?”

Performer: “Think of it intensively but do not say it out loud”.

The conjurer turns to a second spectator: “Would you please take the deck and deal the cards out, one by one, on the table?”

The spectator does as directed. Whether he deals face up or face down is not important, so long as he deals them out one by one.

Performer: “Yes, carry on this way and just stop whenever you think the time is right …”

The spectator deals for several seconds, and then stops.

Performer: “Let’s sum up A deck of cards has been shuffled, placed upon the table, and never touched by me again One person thought of a card A second person dealt the cards out one by one on the table, and then… stopped wherever they liked. Would not it be incredible if everything has been written already and the card thought of by the first person and the one chosen by the second person coincided? ”

Everyone agrees that it would indeed be amazing.

Performer: “Now, can you please tell us the card you thought of?”

Performer: “Now, you can turn over the card on which the second assistant stopped.”

They turn up the stopped-at card. It is the 7 of Spades.

Whilst the first person shows his astonishment, the conjurer takes the fce-down card that he placed on the table at the beginning and says:! “I still need your attention please If you remember, before we started, I put a card on the table without revealing it, and believe it or not, I knew already what would happen. ”

The conjurer turns the card and it is a 7 of Spades.
The stunned audience notices a number written on the center of the card (for example, 15). Someone asks what it means.

Performer: “Good question I told you I foresaw everything that would happen Please count the number of cards that you dealt out on the table!..”

Be the first to review “Destiny By Tommaso Guglielmi” Cancel reply