“Portal By Antonio Martinez” has been added to your cart. View cart
Back
$2.99ATOMIC By Yoann F
Magic Tricks 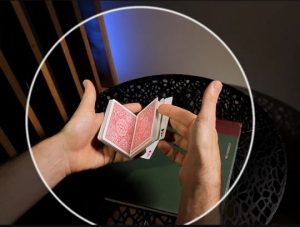 ATOMIC – A Touch Of Mighty In Card magic

Yoann is back after 5 years of silence with a collection of 9 card tricks never seen or published ever.

This download is for intermediate cardmen which are passionate by sleight of hand aesthetics.

After Modern Intricacies 1 and 2, be ready to take a third round with ATOMIC !

Everything is though in detail with no verbal instruction but in crystal clear HD over the shoulder view with written explanation. No gaff, no dupe, only 52 regular playing cards and the vice of Yoann’s mind !