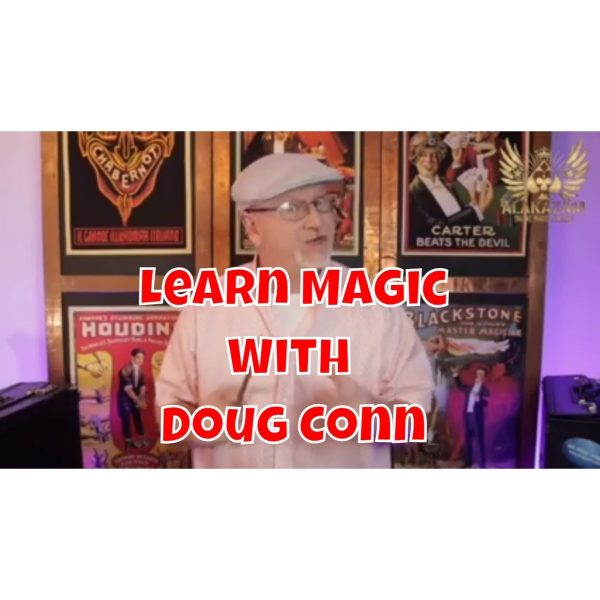 Download this course and start learning today! In his first Alakazam Academy…

In his first Alakazam Academy we are proud to welcome the amazing Doug Conn.

Doug has been practicing, performing and creating close-up, sleight of hand magic for over 30 years. If there’s a close-up or parlour venue to be worked, he has worked it! Doug’s material has featured in some of the world’s best publications and his DVD’s considered among the best if you want strong, commercial material.

In this Academy Doug will discuss subjects including;

He’ll spend about ? hour on each topic and along the way teach a wide range of magic that is attainable for magicians of all skill levels

Here’s a closer look at some of the subjects in Doug’s own words:

I’ll perform my street show and then we’ll cover: My Gig-Rig, The Crowd Build, Getting Paid and I’ll explain some of the magic I use when busking (coin magic and a card effect)

The Platforms, The Gear, The Hook, Call to Action & I’ll teach a few effects that have worked well for me (Including a cups and balls routine that has over 1 million views on YouTube.)

This section will feature a few “workers”

This segment features 3 original card routines that I use in formal situations (close-up theatres or magic conventions) I’ll perform and teach: Coincidence, My Invisible Palm Routine and Flush Brush

Last but certainly not least throughout the lecture I’ll be dropping the pro-tips that are only attained through 30 plus years of professional work.

This is an Academy that will have something for everyone by one of the world’s best magicians and entertainers.