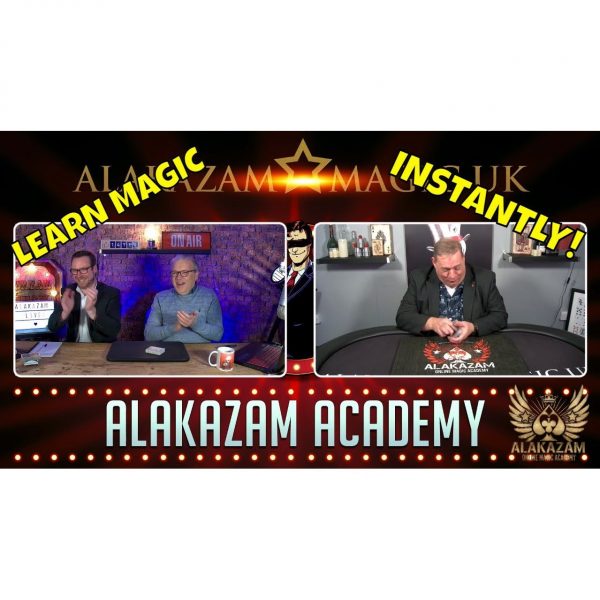 Following his latest appearance for Leo Smetser’s Crazy Carousel, the demand to have Chris take part in Alakazam’s Online Academy has reached a peak. With a host of lectures to magic clubs across the UK and Europe to his credit, Chris is an accomplished performer who is well known in the inner circles of the magic scene despite having no interest in releasing commercial effects. He devised and has run Close-Up shows for The Magic Circle as well as for himself for the last 10 years and is among the most experienced parlour performers in the UK. Known for his insight and attention to detail when improving effects, Chris is also renowned for championing informal sessions at the Circle which often go on to the small hours. He is a firm believer that sessioning is one of the best ways to learn magic and now in an Alakazam Online Academy you have the opportunity to join him and ask any questions you want. Whatever you ask will determine much of the direction and content of the course, although those who have seen Chris perform know he has no shortage of material to share!

Contents: Depending upon audience requests but could include…